Get in touch
8allocate/Blog/Ukraine is a Great Place to Find Tech Talent, Says Israeli Entrepreneur 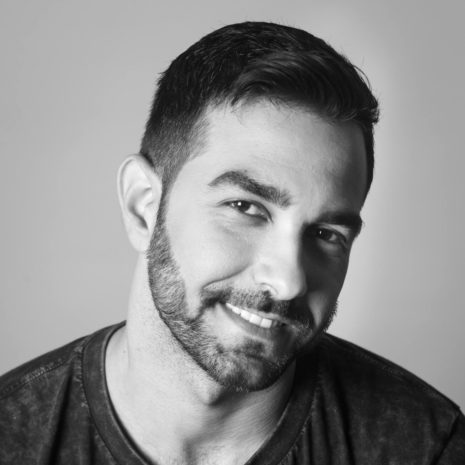 What you will learn:
1 How did you get into the world of startups? What was your first project?
2 You are now working on a brand new Avian startup. What is this project about?
3 Israel is often called a startup nation. How is Israel’s startup ecosystem different from the rest of the world?
4 Which Israeli IT projects would you refer to as the most disruptive ones?
5 What does Ukraine need to learn from Israel?
6 In your opinion, is it easier for Israeli companies to attract financing than for Ukrainian companies?
7 How does the Israeli government support local startups?
8 You created your first project at 15, and today you have experience working in many prominent companies. In your opinion, is being a good entrepreneur a gift by nature or is it a skill that can be gained?
9 Does networking help you move forward?
10 How do you choose the projects and people you work with?
10.1 “After all, when you succeed in a big market, that success will be extraordinary. At the same time, failure will be a failure even in a small market.”
10.1.1 Also check out our interview with the Embassador of South Korea in Ukraine Mr.Lee Yang Goo.

Last year, the first-ever Ukrainian-Israeli Innovation Summit took place in Kyiv featuring many successful Israeli entrepreneurs among keynote speakers. One of the Summit guests and most anticipated speakers was Mickey Hasalvsky, founder of Avian (the Google-Ads for sales targets in the travel industry) and RapidAPI, the world’s largest API marketplace. In Israel, Mickey is a very famous entrepreneur, advisor, and hackathons organizer with a solid footprint in the local IT ecosystem. K750 interviewed him during his participation in the Summit, and this is our English translation of the original interview for our blog readers. 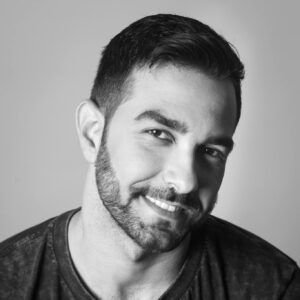 How did you get into the world of startups? What was your first project?

My journey in the startup world began from my teens. At the age of 15, I launched my first startup project – an online magazine for young people that brought together a dozen bloggers and tens of thousands of readers from all over the country. It was an exciting and unique experience.

As time showed, our pivot was very successful. In particular, our investor was one of the most famous Silicon Valley Venture Funds, Andreessen Horowitz (the fund manages assets worth of $2.7 billion and invested $9 million in RapidAPI last year, according to VentureBeat). Thanks to Andreessen Horowitz, we got access to resources and expertise that had eventually led us to success. Today, RapidAPI is the largest API marketplace in the world, allowing thousands of software developers to find and connect to thousands of open APIs.

In 2016, we opened offices in the US and Ukraine. My co-founder Iddo Gino moved to San Francisco. I worked in both Israel and Ukraine and was responsible for product development and business development in Europe.

You are now working on a brand new Avian startup. What is this project about?

Avian is a SaaS platform that allows airlines to manage their distribution channels. As a matter of fact, there were only three companies globally with exclusive access to the international reservation system. With the loosening of regulations, there are now around 30 such platforms, and their number is projected to grow to 300 in the near future. Avian is a one-stop-shop and a central hub for all carriers to manage their distribution channels.

Israel is often called a startup nation. How is Israel’s startup ecosystem different from the rest of the world?

While India produces 1.5 million tech specialists every year, the entire tech ecosystem of Israel is only around 400,000 people. We have about 4,700 startups altogether.

The distinguishing feature of Israel is that most of our high-tech solutions are developed in the military. That’s where a lot of smart technology professionals and entrepreneurs emerge, whose knowledge and expertise can solve just about any problem today.

There is a kind of natural pressure on Israel. The country has no gas and oil deposits or other important natural resources. Also, Israel’s neighbors are pretty hostile and inimical. Therefore, the greatest value of the State of Israel is the creative mind and knowledge of its people. No one can take this treasure away from us! I love my country. Although I had the opportunity to live in the US, I decided to stay in Israel.

Which Israeli IT projects would you refer to as the most disruptive ones?

Waze (a GPS navigation software app now owned by Google) is a wonderful startup. In fact, there are many such cool projects in Israel. One of the most revolutionary startups that saves people’s lives is called Mobileye (that develops intelligent drone systems). I would also highlight the Jolt.us project, which offers a whole new approach to learning.

What does Ukraine need to learn from Israel?

Ukraine is a great place to find tech talent. We realized this when we opened our RapidAPI office in Ukraine. One of the biggest challenges for Israel is finding IT professionals for software development teams because Israel is a small country with a small population. It sometimes hinders the development of local startups, as they need enough software engineers and other tech specialists to help bring their ideas to life.

At the same time, in my opinion, neither the Ukrainian government nor Ukrainian society is doing much to promote entrepreneurship and creative economy. Anyway, there are many talented software engineers and programmers in Ukraine, and this is an excellent find for countries like Israel. That’s like doing bodybuilding: if you can’t grow muscles on your own, you need to engage a personal trainer from outside to assist.

If Ukrainians want to be a startup nation, you need to be more active in demonstrating your entrepreneurial skills to the world. Although one of the founders of WhatsApp is Ukrainian (Jan Koum), his world-famous project was created in the US. You need to make sure that the next WhatsApp will appear in Kyiv, Dnipro, or Odesa!

In your opinion, is it easier for Israeli companies to attract financing than for Ukrainian companies?

Israeli companies attract significant amounts of external funding. Almost every startup in the country has ambitions to change this or that industry fundamentally. VC investors who see the great potential of local projects do not mind getting their 10X or 20X ROI from every investment.

Israel’s venture capital market is huge, and it has significant competition. This greatly stimulates the development of entrepreneurship in the country. An Israeli businessman who knows that there is money in the market is more confident that he/she will able to attract financing. The Ukrainian entrepreneur is likely to have fewer such opportunities.

How does the Israeli government support local startups?

Our government is well aware that the title of “startup nation” is precious to our country. The country has a dedicated organization called the Israel Innovation Authority, which works 24/7 to help startups develop new technologies and cutting-edge solutions based on them.

Besides government, tech giants such as Google, Microsoft, and Apple, that have offices and R&D centers in Israel, invest in new projects, absorb startups and provide them with space, lab infrastructure and other resources to work on their R&D more effectively. Large software houses know they’ll always be able to piggyback and capitalize on those R&D results from startup experimentation.

You created your first project at 15, and today you have experience working in many prominent companies. In your opinion, is being a good entrepreneur a gift by nature or is it a skill that can be gained?

Throughout my life, I have loved doing business, loved digital products, have always enjoyed inventing something new and finding solutions to other people’s problems. I don’t know if entrepreneurs are born, but I like the idea of ​​entrepreneurship since childhood. I started making money when I was about eight years old, so I always had such an inclination.

At the same time, I met people who launched their first startup at 50, 55 or even 60. And some pursued success all their lives but achieved nothing except some mediocre results. 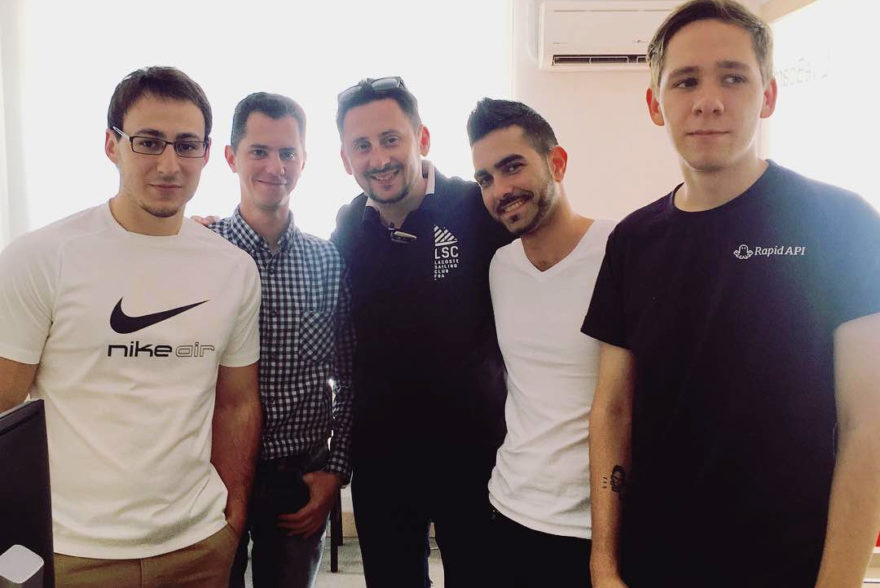 In my opinion, one of the essential features of a real entrepreneur is a great desire to solve someone’s problem, not just to make money. You should be able to listen to other people and hear them to understand what they are really looking for and what they will be willing to pay for in the future.

Does networking help you move forward?

Networking is the most important tool for any entrepreneur. You will never be able to do a project on your own. People need to believe in what you do. Yes, that may sound like a cliché. However, when I was looking for funding as a CEO of Avian – I had nothing, i.e., I had no arrangements with the airlines. All I had was my vision and connections.

I saw all the investors I pitched Avian to for the first time in my life. And I wouldn’t have gotten a chance to meet them if I hadn’t met people they respected. I do not believe that anyone in this world can succeed as an entrepreneur just by sitting at home at the computer. Entrepreneurs need other people to brainstorm with.

How do you choose the projects and people you work with?

I can say that I’m looking for Big Things. I want to sell in a market worth $1 trillion.

“After all, when you succeed in a big market, that success will be extraordinary. At the same time, failure will be a failure even in a small market.”

The most exciting thing is that even when you are working on a product for a small audience, you are investing the same amount of energy as you do when working on a large-scale project. That’s why I choose big challenges and big markets. In my opinion, it is better to invest your efforts in projects that can surprise and change the world.

My entrepreneurial mantra also includes two rules. First, move fast, be flexible to adapt to the needs of people and other businesses – and you will win. And second, you need to be extremely careful about choosing the people you work with, including investors.

Also check out our interview with the Embassador of South Korea in Ukraine Mr.Lee Yang Goo.

Dedicated Team Model: What is it, Pros and Cons

Five Ways to Attract and Keep Tech Geeks On Board