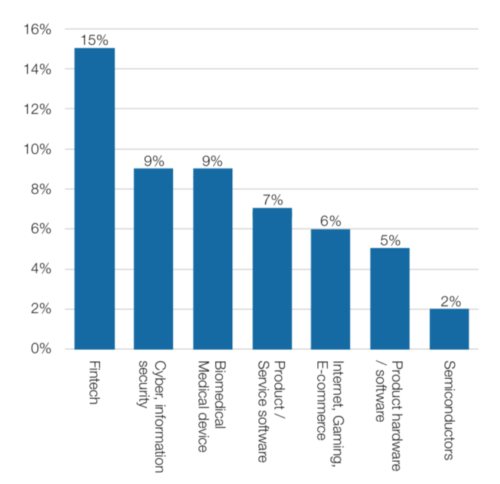 The shortage of tech talent in Israel poses a huge threat to the entire technology sector and the Israeli economy in particular. To estimate the extent of the issue, Start-Up Nation Central and Israel Advanced Technologies Industries (IATI) organization initiated and commissioned a joint survey that was conducted by Zviran, one of Israel’s leading tech research and consultancy agencies.

Percentage of open positions in the total employment in verticals

Percentage of open positions in the total employment, by firm size 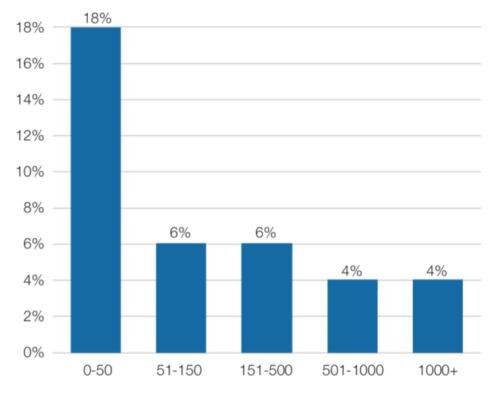 In general, the research arrived at the following conclusions:

Unlike many other countries struggling with scarce talent pools, Israeli tech industry players seem to have found a way to cope with the local talent deficiency. Israeli companies are increasingly setting up R&D Centers abroad and are leveraging lower-cost offshore talent pools. It’s interesting to note that many Israeli companies actually copy the talent acquisition strategies employed by many multinational corporations that come to Israel and set up own R&D there. These “behemoths” drain the local talent pool by attracting the best developers and paying them more than the local companies can afford. As such, without outsourcing, the vast majority of Israeli startups and mid-market companies would have to relocate abroad as they simply wouldn’t be able to hire people for bringing their business ideas to life. 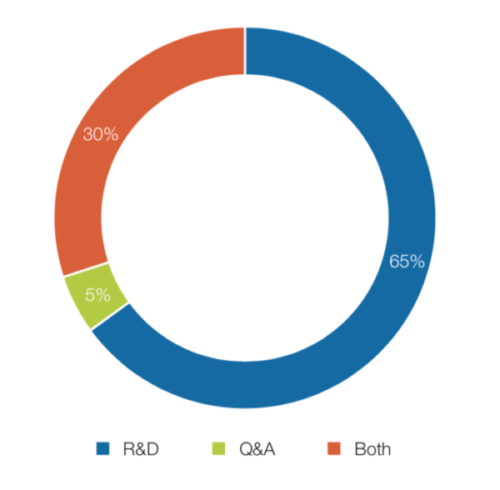 As of 2018, 22% of Israeli companies have an offshore presence; of them, 50% admit building their extended teams/outsourcing R&D over the past 2 years. 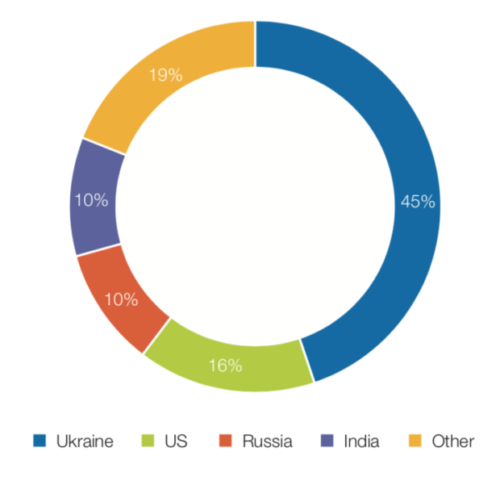 Check out our value proposition for Israeli companies.

The reasons pushing Israeli companies to seek talent beyond the national borders are as follows:

Of those Israeli companies that outsource their tech solutions development abroad, 65% focus entirely on R&D, 5% – QA only, and 30% focus on both R&D and QA.

“Clearly, once the presence is established, these outposts represent a significant alternative to hiring tech workers in Israel, which is becoming increasingly difficult and more expensive.” (Start-up Nation Central Human Capital Report 2018)

We were delighted to see that the Report describes Ukraine as “a significant offshore destination” and as “the most prominent supplier among the polled firms”.

Check out: How IT Outsourcing to Ukraine Helps Israeli Companies Stay Ahead of the Curve and 8allocate Ranks 3rd Among Top Custom Software Developers in Israel

To conclude, the number of open vacancies in Israeli tech grew to 15,000 in 2018, which indicates a growing gap between a rapidly rising demand for tech specialists and the actual supply. To alleviate the problem, local companies are looking for ways other than hiring onshore.

While offshore outsourcing often deems as an immediate/short-term solution/response to the talent shortage, longer-term solutions require more savvy strategies such as continuous investment in training and attraction of female developers and minorities, using junior workforce for non-mission critical and routine tasks and as a way to take the burden off the senior staff shoulders, as well as the enhanced cross-border collaborations.