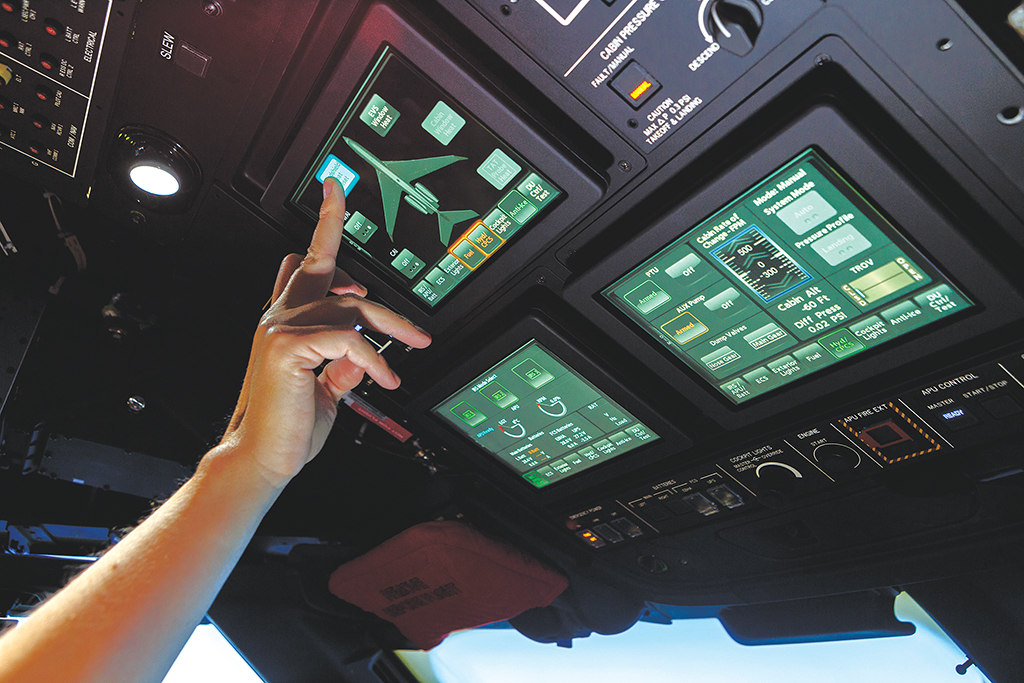 Estimating the cost of custom mobile application development isn’t a cakewalk because of too many factors affecting it such as different hourly rates of service providers (depending on their geography, expertise, experience, etc.), different engagement models (fixed price, time and materials, dedicated development team, R&D, etc.), back-end integration complexity, work with 3rd party APIs, and many more.

Now let’s walk you through each critical factor that affects the cost of your bespoke mobile development project.

The amount of man-hours required for the development of the main functional features is a crucial cost factor to consider. To estimate it, many custom development providers multiply the project scope in man-hours by the hourly rate of the mobile developer or mobile dev team involved. As such, the more man-hours are required to get the job done, the higher the total cost of your mobile development.

Also, the final cost is influenced by the composition of your project team, cost of project development and bug fixing after the release and the cost of additional work such as business analysis (BA), UX design, QA and testing, project management (PM), etc.

Such components require the most development hours and, consequently, budget expenditures. In this case, the tasks can be both technically complex and merely broad in scope.

It is also worth noting that a high number of hours scoped does not always mean that the task will take a long time to complete. The hours can be divided between two and more developers who will be working on the same task simultaneously. So when we talk about the number of hours in the context of mobile project evaluation, we mean first of all the cost and not the calendar terms.

So, what application components are the most expensive ones in terms of development hours and cost:

A large amount of data, screens and in-app actions

Any smartphone screen is smaller than a desktop web page which complicates data visualization within a mobile app. The designer has to figure out how it will look like, and the developer needs to look through and write code. To implement this task, mobile developers need to create API requirements, i.e., to define what app data will be allowed to exchange with the server. When you’re done with API requirements and back-end integrations, you need to test the API deployed thoroughly.

By data, we mean any numerical, graphical, or text information: photos, tags, product numbers, etc. If the data is to be displayed dynamically, the display process becomes more complicated.

It is a server system that stores databases and business logic of the project and transfers them to the client side – the mobile application – according to the API requirements formulated by mobile developers.

It allows you to manage user accounts and content. The development of this feature requires the following tasks: UI design, API and back-end development, content to show on the front end.

For example, if you’re building a Uber-like application, you will most likely have two types of users: passenger and driver. For each of them, you will need to develop its own interface and deploy different functional and nonfunctional features.

Use of hardware components and integration with other devices

Component sets may vary from device to device and from manufacturer to manufacturer, so finding the right way to work with each device and testing how different hardware components interact with your app’s code will most likely increase your mobile development cost and time.

In addition to the built-in hardware components, the application may also need to communicate with external devices to serve its purpose. For example, most of the AI-based and IoT apps need such capabilities to be developed to operate appropriately.

These two components can significantly blow up your mobile app dev budget, even if your app is meant to be designed for just a couple of screens. Both AR and face recognition based apps need access to your smartphone’s camera and take advantage of the existing tools and features, which adds up to the total cost of your project.

However, thanks to the official AR-Kit released along with iOS 11, the life of AR developers became much more comfortable. Also, the release of iPhone X with a built-in Face ID technology has accelerated how developers work with face recognition technologies, but for the Apple devices only. Android developers still have to struggle with many tech limitations of existing systems and use kludges to overcome the most critical issues in the way of AR mobile development.

Today, more and more mobile features require integration with third-party libraries, frameworks, and services. For example, to enable online payment functionality within your mobile app, you may need to connect it to Stripe, Braintree, or Uniteller (or another payment gateway of your choice). Chatbots can be implemented using services such as Layer, Intercom, and Smooch. You can add a content sharing feature and link your mobile app to social networks by using specific APIs (e.g., Facebook, Twitter, and LinkedIn).

Adding one external service is not a very long process, but if your mobile dev project requires a lot of back-end integration solutions, it can take several hundred hours to complete and, therefore, increase your cost of project development.

If you need to build a native mobile application for both iOS and Android, it’ll be more expensive than creating a cross-platform app or building an app for just one platform. While iOS app dev is pretty standardized and unified, Android has a different story.

Given a high fragmentation of the Android ecosystem, the cost of your Android app dev can exceed the price of iOS application development by an average of 20%.

Your app’s optimization for tablet devices can add up to 75% of the cost, and support for older versions of iOS and Android can increase the cost of development by half, as the outdated versions have performance and technology limitations, legacy code, etc. To avoid unnecessary costs, make sure that your app is first and foremost compatible with the most current device and OS versions.

To understand what affects the price of mobile app design, you should understand first how the process works.

Mobile application designers and developers usually rely on the operating system’s guidelines when designing and building apps for this or that platform. Whenever a developer needs to implement standard user interface elements and features, UI-kits help simplify their life.

But what if we want to make some feature look and work differently from its description in the guideline?

For example, your application should be able to select a date. In iOS, by default, this feature will be implemented as a drum, while in Android – as a card. To change the item, the developer will have to either customize it in the native UI-kit or create something new from scratch, which is more complicated and time-consuming.

Each such case will affect the cost of the project, as all such changes will require more designer and developer time.

Why follow the guidelines? First, it saves time for the designer and developer, as well as it saves your customer budget. Second, standard solutions are usually more appealing to users, as they’re familiar with them, so you should only think about customization if you’re 100% it makes sense and will be understood by the app’s target audience.

Animations have a similar story: the more complex and robust they are, the more time and budget they require. That being said, if your app implies that animations be deployed and you don’t have the budget to build two native apps for iOS and Android, better go with cross-platform, or hybrid app dev, not to sacrifice a valuable feature.

Cross-platform mobile development is usually up to 25% cheaper than native app development.

To demonstrate roughly the approximate cost of mobile application development project, we’ve divided all projects into 3 common types and assumed that the average hourly rate of a mobile developer in Ukraine is $25.

Such apps are supposed to be designed for just one platform and a few screens and to have little data and few actions that users can interact with/perform. These projects do not require the creation of APIs, back-end or admin panels. They possess basic and essential features such as the ability for the user to view and send images, login and authorize through popular social networks, etc. Such applications can use ready-made mapping services and work with GPS.

Such apps may include the development of an API, an admin panel and a simple back-end. As a rule, they possess a more robust functionality than basic apps such as chat rooms, payment functions, and gateways, etc. The cost here is influenced by both the complexity of components and their number.

On top of that, such apps envision many screens and a lot of rich media content. Such projects are not only technically complicated but are also large in essence.

All consumer-facing and enterprise apps that leverage AI, machine/deep learning (ML/DL), big data, and more fall under this apps category.

The size and composition of your mobile development team will be based on your project requirements: the more complex the project, the more specialists are required on the team, and the higher the cost of your application development.

The basic set of specialists to include in your mobile dev team is as follows: a project manager (who can also act as a team lead), a UI/UX designer, at least two mobile developers (one for each platform) and a tester.

If a project requires a server infrastructure for API development, your team will also include a back-end developer. Larger projects may require two to four developers per platform, a couple of designers, and a business analyst (BA) to help with the app’s business logic. And if you’re building a cross-platform application, having a front-end developer on your mobile team is a must.

Check out our client cases to learn more about their team size, composition, project duration, and approximate costs.

In addition to the development budget, it is also necessary to take into account the cost of your mobile product development and evolution. Any modern application needs updates, customer service, server and cloud hosting support, legal services, and – a very important point! – a well thought-over marketing and promotion strategy.

What else affects the final cost of your mobile app development?

The final price of the application includes detailed requirements and analytics, design and engineering, development, testing, and project management. This is a recurring process that repeats iteration after iteration until the project is considered completed.

Please note that the final release is not the end destination of your application development journey; in fact, it’s just the beginning. If you want your mobile product to resonate with the most sophisticated demands of your users, reflect the innovative edge and stay attractive and competitive, you should be ready for a long-term collaboration with a custom mobile development partner to make sure your mobile product has no tech debt and is entirely up to date.

Sign up for a consultation session/discovery workshop with 8allocate mobile experts and get a quote for your custom mobile app development now!