Get in touch
8allocate/Blog/The Role of Chutzpah, Mothers and Army In Israel’s Startups Ecosystem 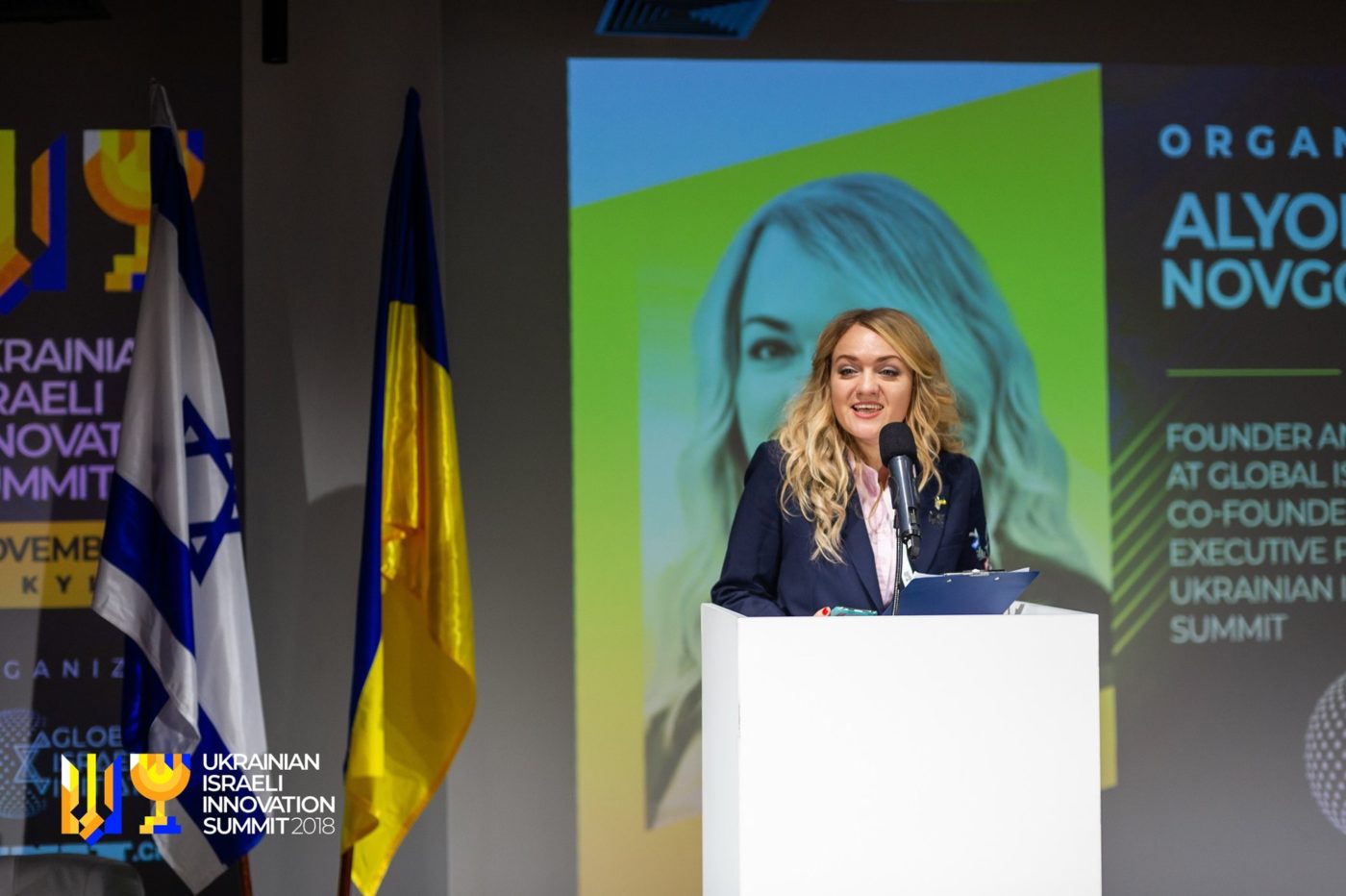 What you will learn:
1 “Each 4th person in Israel runs some kind of startup”
2 “Innovation that’s being built today will eventually pave the way for future use cases.”
3 Check out our Value Proposition for Israeli startups and established companies.
3.1 “The secret of Israeli startups in an Israeli Mother, because it’s she who pushes her child, praises them and tells them they’re the best, teaches them to be ambitious, hard-working and go-getters.”
3.1.1 Also, check out our interview with Dov Moran, inventor of a USB flash stick.

How did Israel become a startup country, what is the role of Mothers in raising future Israeli entrepreneurs, and how does mandatory military service foster innovation?

Alena Novgorodskaya, Producer, CEO and Founder of Global Israeli Initiative and Co-founder of the Ukrainian-Israeli Innovation Summit (that will take place in Kyiv on October 30th, 2019), answers these and other burning questions about how Ukrainians can take advantage of Israel’s success as a global center for startups and innovation.

“Nowadays, we often call Israel an exit nation rather than a startup nation. It means there’re so many startups and M&As in Israel that we can no longer keep up with the latest developments in the market,” Alena says.

According to her, Israeli has been growing as a startup nation for the last 20 years: “Some 15-17 years ago, the government of Israel decided to pursue its innovation policy and upgrade the economy, so it started investing heavily in tech projects and companies. Israel is a small country with no natural resources and a lot of aggressive neighbors. Therefore, the state of Israel realized it had to leverage the brains and intellectual potential of its people to develop a strong economy and gain a competitive advantage on a global scene. It’s led to the situation when each fourth person in the country is a startup founder.”

“Each 4th person in Israel runs some kind of startup”

Speaking about Israel’s startup ecosystem, Alena points out that “the system works like a Swiss watch.”

What main players does it consist of?

“First, it’s the state that develops an innovation strategy and decides what innovations deserve substantial investments in the first place. We have Office of the Chief Scientist of Israel and Innovations Agency led by a former Apple executive. So, such a high-profile top manager now runs a state agency to foster innovation.

Second, the Army. Military service is mandatory for all 18 y.o. men and women. Israeli Army service is different from that in Ukraine. It has a separate department called “8200” that deals primarily with cybersecurity. As such, conscripts can gain firsthand experience with technologies while in the Army.

Third, our corporates and universities work side by side: companies launch their R&D centers and invest in universities, provide scholarships and grants to students, etc. They understand very well that innovation that’s being built today will eventually pave the way for future use cases. That is, graduates have a 100% chance of getting a good job at a corporation.

“Innovation that’s being built today will eventually pave the way for future use cases.”

Fourth, startups. When you finish your military service, you decide whether to continue studying, get a job, or launch a startup. If you choose the latter, you have many opportunities: you can go to the accelerator, where you have mentors and experts who teach you what to do and how to attract funding.

Check out our Value Proposition for Israeli startups and established companies.

Fifth, VC funds that account for 50% of all investments, or Angels and private contributors that invest independently.”

Alena stresses that a unique entrepreneurial culture is also essential. “I like the quote from my friend Yoshi Vardi, a truly iconic person for Israeli startups. When asked about the secret of the Israeli startup nation, he gave a pretty weird but truthful answer:

“The secret of Israeli startups in an Israeli Mother, because it’s she who pushes her child, praises them and tells them they’re the best, teaches them to be ambitious, hard-working and go-getters.”

In Israel, we have this principle of Chutzpah or perseverance. To me, this is the key to our success as a nation. When we raise kids, we don’t put any pressure or limits on them, but rather tell them there’s just one opportunity – to go and learn something like their parents did. The child always has a choice, ” says Alena.

She also draws attention to the importance of accepting rejection without drama, because it helps more than it hurts: “Since I’ve moved to Israel, I’ve started getting a lot of no-answers, and I really love it! In fact, each “no” brings me closer to a cherished “yes”. If they say “no” – there’s nothing to worry about. It only means you’ve either talked to the wrong person or the right one but at the wrong time.

Maybe you need to think and change something, do something differently. However, it’s always important to understand what your key goal is. Israeli startups typically divide their key goal into smaller yet understandable subgoals, which are much easier to achieve.”

In conclusion, Alena gives a piece of advice to Ukrainians looking to pursue their entrepreneurial passion and succeed as a tech nation in general.

“Ukraine needs to understand that, as a state, it badly needs to develop its brand. Today, you have a great opportunity to create an image of a country with an innovative and creative economy, and there are many prerequisites for this. There are large corporations that actively develop and invite startups to cooperate. Therefore, we usually tell Ukrainian startuppers: “Guys, don’t come up with Uber #5 or #7, better go to corporations! They publicize their innovative requests, which can give you great insights into specific solutions they need and are missing today. For example, it could be sensors for mines, technologies for food transportation, and so on. And make very fast and high-quality prototypes and MVPs before doing full-fledged products.”

“There are rules you need to stick to in order to achieve your goals in Israel. For instance, we love writing follow-ups: they’re great for making the first contact and continuing your conversation. So if you don’t follow up with Israeli entrepreneurs after the initial touch, it’s typically considered as highly unprofessional. Also, make sure to send your follow-ups within 24 hours, not later!

Another lifehack: if you want to work with persistent Israelites, be persistent yourself! Keep putting a squeeze on them until you reach your goal!”

Also, check out our interview with Dov Moran, inventor of a USB flash stick.

Five Rules of Cost-Effective QA and Testing of FinTech Apps