Get in touch
8allocate/Blog/Ukrainian Tech Ecosystem: 185K IT Specialists, $4B IT Exports Volume 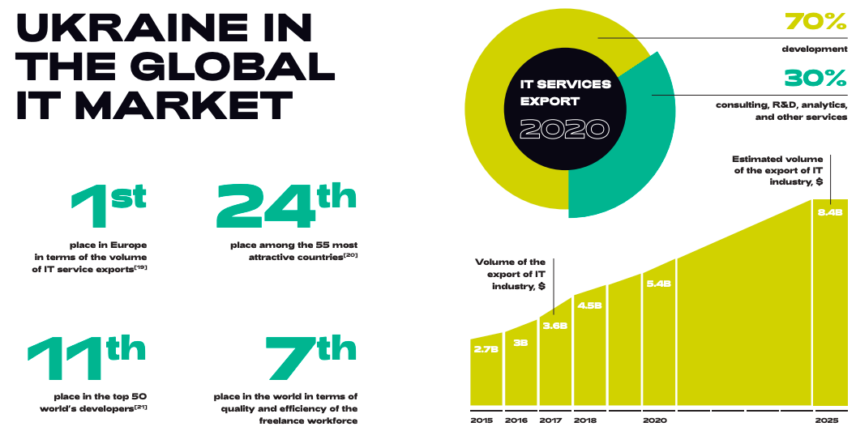 Ukrainian Tech Ecosystem: 185K IT Specialists, $4B IT Exports Volume

What you will learn:
1 General highlights
2 Ukraine on the global IT scene
3 Startups and investments scene
4 Ukrainian IT ecosystem

Ukraine’s first all-inclusive ecosystem that hosts over 90 resident companies, 4 innovation labs, 8 accelerators, and 2 investment funds, Unit.City has just released the Tech Ecosystem Guide to Ukraine. The comprehensive report contains some of the most up-to-date stats and data pertaining to the Ukrainian high-tech sector, as well as the review of the largest tech companies, startups, R&Ds, etc.

This Guide is primarily focused on foreign investors and potential partners of the Ukrainian companies.

“Ukraine is experiencing exciting times – and we already have something to be proud of. This book is the first comprehensive review of the Ukrainian tech ecosystem. You will learn about prominent startups, accelerators, leading product companies, biggest investments, deals, and cases.” Max Yakover, CEO & Managing Partner of Unit.City 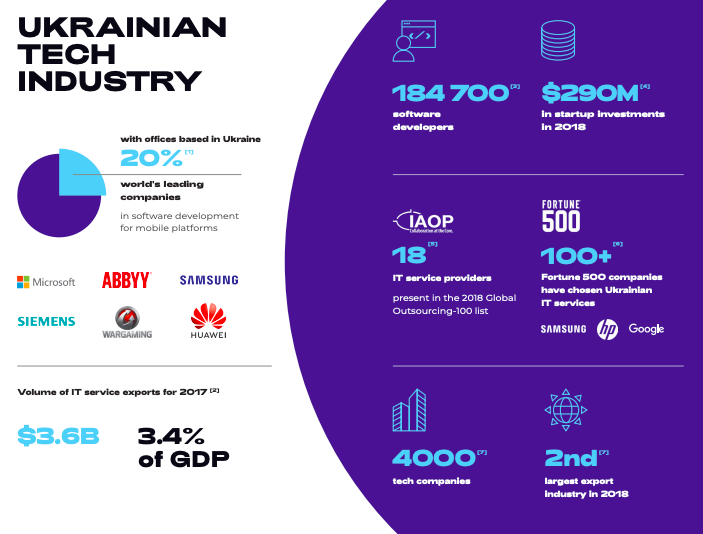 Ukraine on the global IT scene 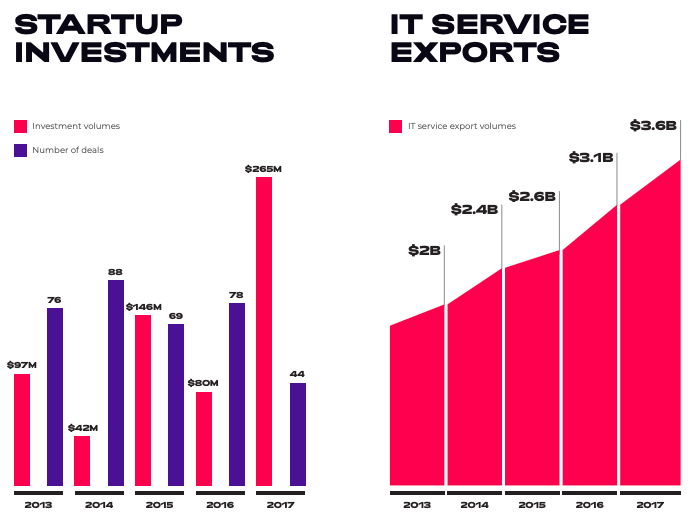