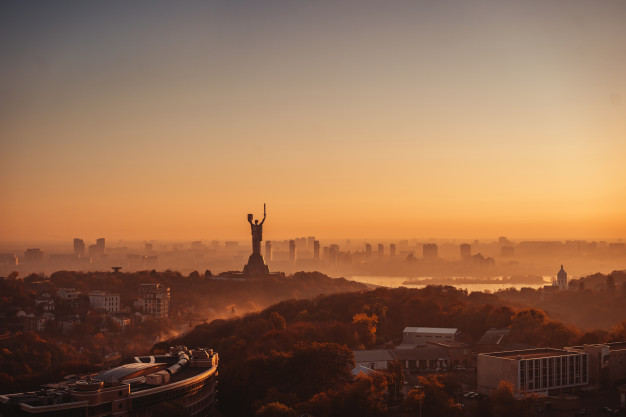 IT Is Always A New Challenge For Humanity

It’s the era of IT technology. We propose to define the role and place of Ukraine in the world IT-industry.  IT rapidly enter the life of every Ukrainian, dictating their laws and rules, setting their challenges. What happens tomorrow, where we will be, depends only on us.

In Ukraine, the development of artificial intelligence, machine learning, neural networks, virtual and augmented reality, as well as several other technologies based on Data Science is an essential area of activity. Such phenomena as Digitalization and Outsourcing have already become commonplace for progressive Ukrainians, and mobile application ‘Diya’ will become one of the best digitalization projects in the world. With one click on your smartphone, you can open your driver’s license or vehicle registration certificate (technical passport). As well as, as the Ministry of Digital Transformation promises, this application will soon launch a digital version of a citizen’s passport – ID-card – which will also work within the digital app ‘Diya’. It will be possible to travel within the country, conduct banking transactions and use medical services. ‘Country in a smartphone’ – this is the central message of the electronic application ‘Diya’.

From now on, you can easily “digitize” your driver’s license and show it instead of paper and plastic copies. I’m convinced that ‘Diya’ – a new round of IT services at the state level. The application not only provides an opportunity to receive in online mode a maximum of public services, but also accelerates any interaction between a person and the state, but also allows an ordinary Ukrainian to facilitate documentary routine and learn digital literacy. The first step for this has already been taken.

Today, Ukraine is one of the leaders in terms of quantity and quality of developers in Central and Eastern Europe. It holds leading positions in the world by the number of certified IT specialists. According to IT Association, Ukraine has more than 185 thousand qualified IT-specialists, and more than 4000 technological companies are registered. And of course, our skilled developers are highly valued in the world; there is a demand for them. Also, a profitable area is the creation of software and IT-outsourcing.

In IT-outsourcing, Ukraine is second only to India. Such activity brings to our country up to $25000000 annually. This year Ukraine scored 7 points in the Global Innovation Index and took 43rd place among 125 countries.

Representatives of the European Business Association predict that in 2020 the share of IT in Ukraine’s GDP will grow to 5%, and by 2025 the volume of exports of IT services is estimated at $ 8 billion.

Despite all the advantages, there are negative factors that need to be solved. These are problems of IT-systems security, low cybersecurity, protection of intellectual property and copyright. All this has to be addressed. After all, the best minds, the elite of society will leave the country.

It is necessary to note the crucial new branch of IT – development of artificial intelligence separately. Human labour can replace artificial intelligence, but its development requires IT-specialists. Among new professions, a special place will be occupied by Data Scientist, Data Engineer, DevOps, Machine Learning Researcher, Software Developer. Salaries of such specialists will start from $ 1000-1500 per month.

As IT usage and dependence increase, so do the risks. After a series of attacks, the world’s cybersecurity has seen its mistakes. Thus, in 2017, a type of Petya virus spread through the Ukrposhta email network. They were received by employees of the department in the format of unknown Word and PDF-files. The virus demanded money for unlocking the computer. It was spread by networks of central authorities, Ministry of Infrastructure system, Ukrtelecom, Kyiv Metro, Boryspil Airport, and several banking institutions. In general, it attacked 11 countries, including the USA, UK, France, Italy.

This threat to security in the IT industry can cause devastating damage to ordinary Internet users, business, industry and government agencies and the country. Since Ukraine is unable to overcome cyberattacks on its own, it has to gain support from outside for cyber defence efforts, including working with partners. To this end, the state is actively cooperating with NATO, and a cybersecurity trust fund was established in 2019.

I want to emphasize that the IT-industry is not just technologies, innovations, and volumetric databases, first of all, is a tool to simplify people’s lives, improve the quality of material and social and cultural needs. IT services will be able to provide more natural relations with the state, which will reduce bureaucracy and simplify state functions.  IT in healthcare will increase the efficiency of medical care. For example, through electronic health records, a program can be created for each patient, where access to relevant information in emergencies will be provided. IT in education will give a start to develop competitive IT specialities actively. And the integration of the world’s best IT practices into the system of training IT experts guarantees employment.

Also, the IT industry plays a vital role in the economy, because today, for any production process, you need an appropriate IT platform. Once again, Ukraine directs its efforts to create the necessary conditions for further promotion of IT technologies in the domestic markets. The possibilities of combining IT skills with such industries as agriculture, aviation and medicine are just a few examples of future directions that Ukraine is beginning to develop.

Dedicated Software Team As a Value-Based and Personalized Outsourcing Engagement